DÜSSELDORF, GERMANY — Taiwanese blow molding machinery maker Chumpower Machinery Corp. has an aggressive, two-front plan: adding significant manufacturing capacity in China to target the budget end of the market, as it uses Germany's K show to try to take a technological step up.


At K (Hall14/B34) the Taichung, Taiwan-based company will unveil what it said is the world's first integrated "combination-style" blow molding system that uses a linear blow molding machine — which it claims saves energy in bottle production.
Chumpower is Taiwan's largest PET stretch blow molding machine maker, and while it's pushing that new technology, it's also adding a manufacturing plant in Jiaxing, China, to fill orders for simpler, cheaper equipment demanded in places like Africa and the Middle East.


First, the technology: Chum¬power claims its combination system can make a bottle using 2.7 watts of electricity, compared with 3.5 watts in traditional combination-style systems.

Chumpower is not making the equipment for the entire system, unlike some of its European competitors, but instead is launching partnerships with other companies, Pan said.

For example, the company is working with a Taiwanese feeder maker now, but is open to working with other feeder makers and ancillary equipment suppliers in other parts of the world, he said.

Speaking in an early August interview at the company's Tai¬chung headquarters, company executives said they are preparing to open the Jiaxing factory, their second in China, to meet demand from emerging markets including Africa, the Middle East and Southeast Asia.

The factory will have the capacity to make about 200 machines a year, and the company believes that factory will make Chumpower the largest stretch PET blow molding machinery maker in Asia, measured by number of machines produced, surpassing Japan's Nissei ASB, Pan said.

The company will be able to make 400-450 machines a year at all of its factories when Jiaxing is fully operational. It currently has plants in Taichung, where it focuses on all-electric machines, and Putian, China, which together make about 220-250 machines a year.


It first disclosed plans for the Jiaxing factory at last year's Taipei Plas show, although the company is updating its plans.


Chumpower executives said sales are growing, with enough orders booked through August to have sales of US$50 million this year, up from $40 million in 2011, Pan said.

Some of that's from the all-electric molding machines the company introduced in 2009, but it's also seeing solid demand from newer markets that in many cases seem to be less affected by economic difficulties than Europe or the U.S., Pan said.

"For us, the Middle East, Africa and Asia are fast-growing markets — those markets are still good for us," he said. "The customers in Africa, they want more reliable products. They don't want to spend money to buy European machines. So they come to Taiwan and Korea to buy machines."


Africa makes up about 16 percent of Chumpower sales, compared with less than 5 percent five years ago, Pan said.


The company also has a direct sales office in Thailand with 10 Chumpower employees. Globally, the company has about 450 employees, including 250 in Taiwan. 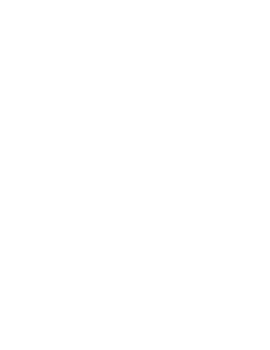